Our final road trip or big adventure anyway was in October and we saw a lot including family.

Where To Eat In Frankfurt

WOW!  (choke) It has been entirely too long since I've shared a story, a few words or pictures. Where did the time go!  And now here we are staring down the last weeks as expats, incredible how time can be so fluid.

Notice, I am not giving an excuse for my lack of entries, simply because I do not have good one. Procrastination is an art form in my world...unfortunately.

So, lets get to it.  Frankfurt restaurant recommendations!  I love food and want to share some of our favorite places to eat in Frankfurt.  Of course, having a two year old entails some limitations to an evening out for dinner.  But our favorites.......

There are still so many places to try and so little time.

We will be moving back to Michigan in 16 days!!! (Gulp, sob, smile, sob) So many emotions and feelings, but we are all looking forward to the next chapter.  And...Hannah's first Christmas with family!!!

Shadow of the Wind walking tour - I had to do it since I love the book and had just read it a few months before visiting Barcelona.  Before leaving I snapped a picture of the map in the back of my copy of the book and on my last day in this splendid mysterious and gothic city I walked the imagined footsteps of Daniel and saw the buildings behind the inspirations for Shadow of the Wind.  I only missed Nuria Moport's apartment - very important, but I had no choice as Hannah had had enough of my wandering around and fleeting moments of being lost.  Still so glad that I did this ltt 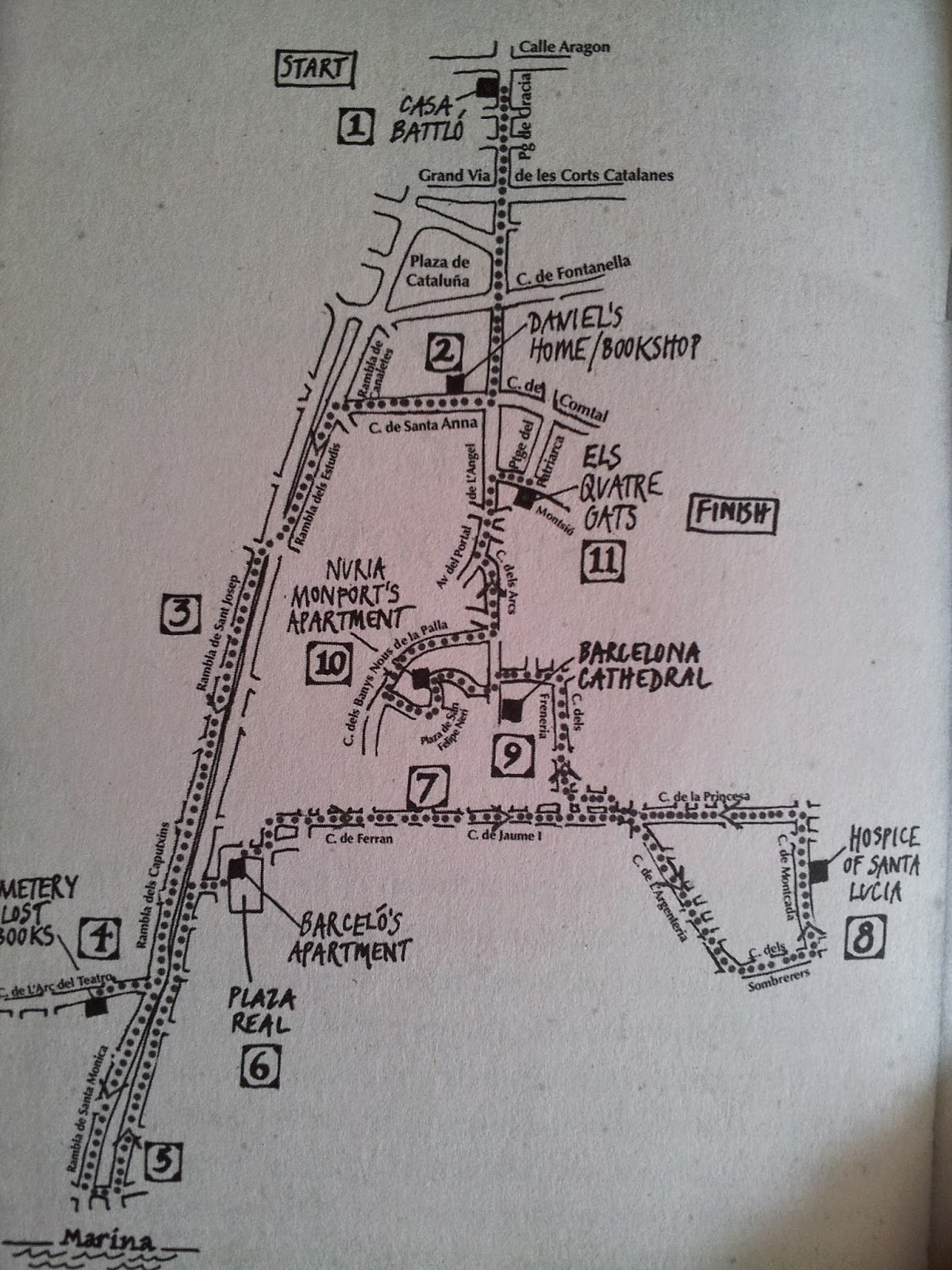 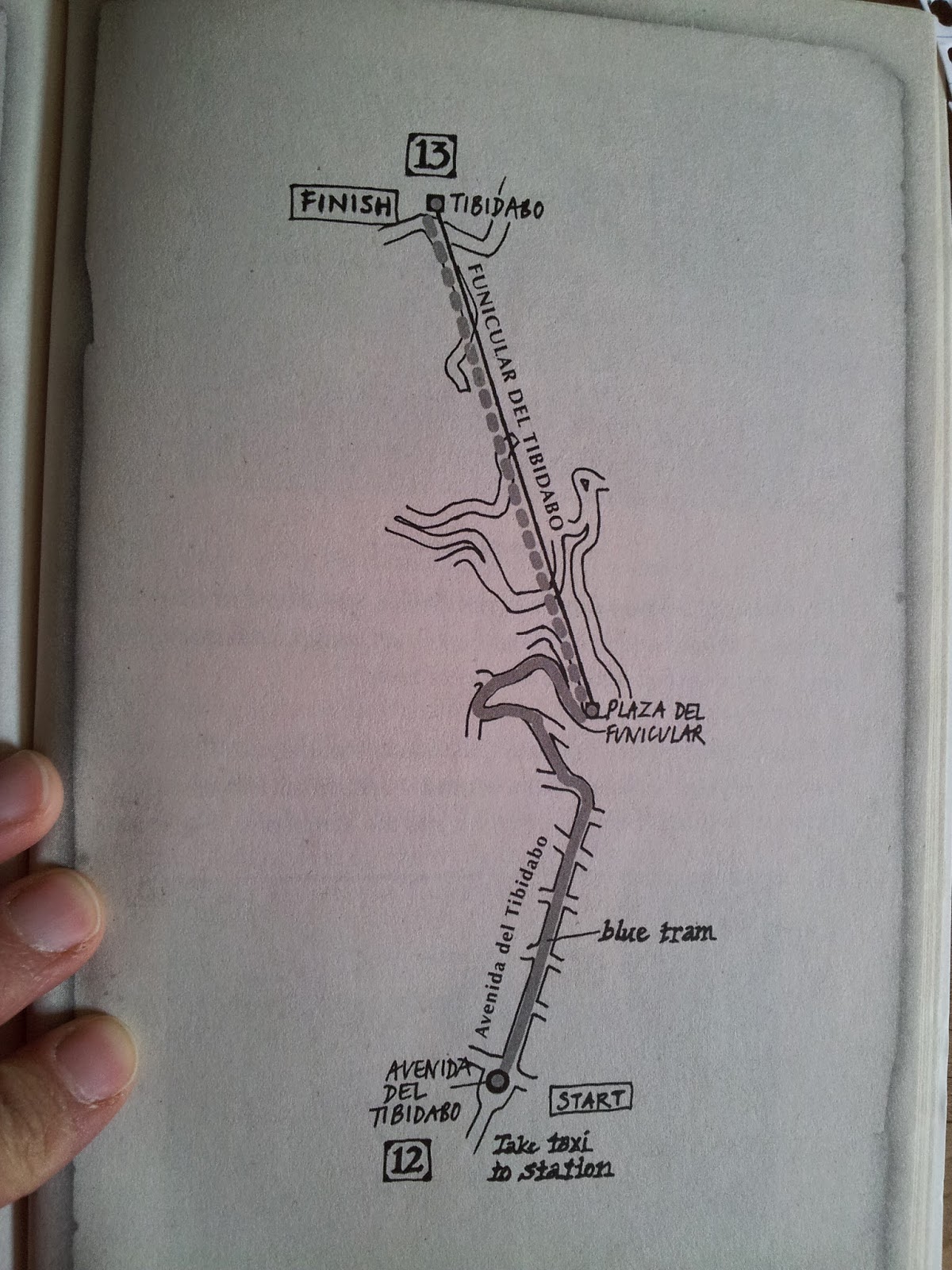 Email ThisBlogThis!Share to TwitterShare to FacebookShare to Pinterest
Labels: Shadow of the Wind walking tour Barcelona

We traveled to Barcelona at the beginning of May (where did the time go!) and truly enjoyed our time there - so did our taste buds :)

Fresh paella, Iberico ham for the carnivores, tasty cheese and delicious local wines.  There was so much to see and do, we did almost everything we wanted to and still just uncovered the surface.  We visited some more far flung sites than maybe most would have but I had my motives, which I will reveal in my next blog entry.

Unfortunately, I missed the night life, but that is what happens when you bring along your two year old. Hannah was a traveling champ as usual and a huge fan of the Iberico ham and the Spanish chocolate milk (me too!).  I was trying to hoard some of the brown & yellow boxes of delicious Cacaolat, but as it turns out I knew where they were and all were consumed before we had to pack to return home.  Good intentions!

We rented an apartment between the city center and the El Poblenou neighborhood which turned out to be one of our favorite areas with its laid back Rambla del Poblenou full of restaurants and shops.  The apartment was about a 10 minute walk from the beach and a 10 minute walk from the great park Parc de la Ciutadella  which is also home to the zoo Parc Zoològic de Barcelona.  A perfect location for a rental.

The public transportation was easy, clean, frequent and great for getting around the city.  We bought the T10 card and used it quite a bit.  Travis was traveling a bit further out of the city for the Barcelona Formula 1 races and found the metro useful.  From the BCN airport we hopped on an Aero Bus to get into the city center.  The Aerobus is a bit faster as it only makes a handful of stops.

There was so much to see, but I must admit that I was eager to see the beach.  The beach was nice with a great promenade and many bars, cafes and restaurants to choose from along the way.  I was very happy to be on the beach, seeing the ocean and listening to the waves.  However, the man made beaches do not compare to the shores of Lake Michigan and the dusty residue left by the imported sand was unexpected.

Of course, we saw much more than the beach including Palau de la Música Catalana (need tickets in advance), Barcelona Cathedral, Montjuic, Magic Fountain (which we missed seeing the evening light & music show), Tibidabo, markets, Ciutadella Park, Park Güell, the Antoni Gaudí architectural points of interest and strolling down the many ramblas.  I only saw a few of the Gaudi sites, but would like to see more one day.  There was so much to do and only so much time.  A half day could have been dedicated to Park Güell, but I was ill prepared.


Posted by Unknown No comments:

The strong cool northwesterly mistral winds were blowing but we enjoyed ourselves immensely.  Provence and the South of France were all at once breathtaking and relaxing.  We rented a great gite in Menerbes of the Luberon region with friends called Mas Des Cedres.  The owners were lovely, the house and surroundings charming and perfectly suitable for children.  *Tennis courts are like giant play pens - BONUS!!!

Although we went over the Easter holiday and it was beautiful I imagine that the summer months are amazing, but with that comes a million tourists and the unbearable traffic.  So we missed the famous lavender fields in bloom, but we enjoyed a few tiny villages, incredible wine, olives and colorful markets.  And sunshine of course.

The pace of life magically slowed as we neared our destination in Provence.  Actually, the pace of life slowed as we drove into France from Germany - going from unlimited speed to a set 120 km/h will certainly slow you down.  The Luberon region is famous for its melon - sadly we were too early for the season.  At the southern end of the Rhône Valley the Luberon has its own appellation designation Côtes du Luberon AOC.  Wine is always in season - lucky us!

It is no wonder the South of France and Provence in particular are so world renowned, but I will let our pictures do the work to save me from babbling.... 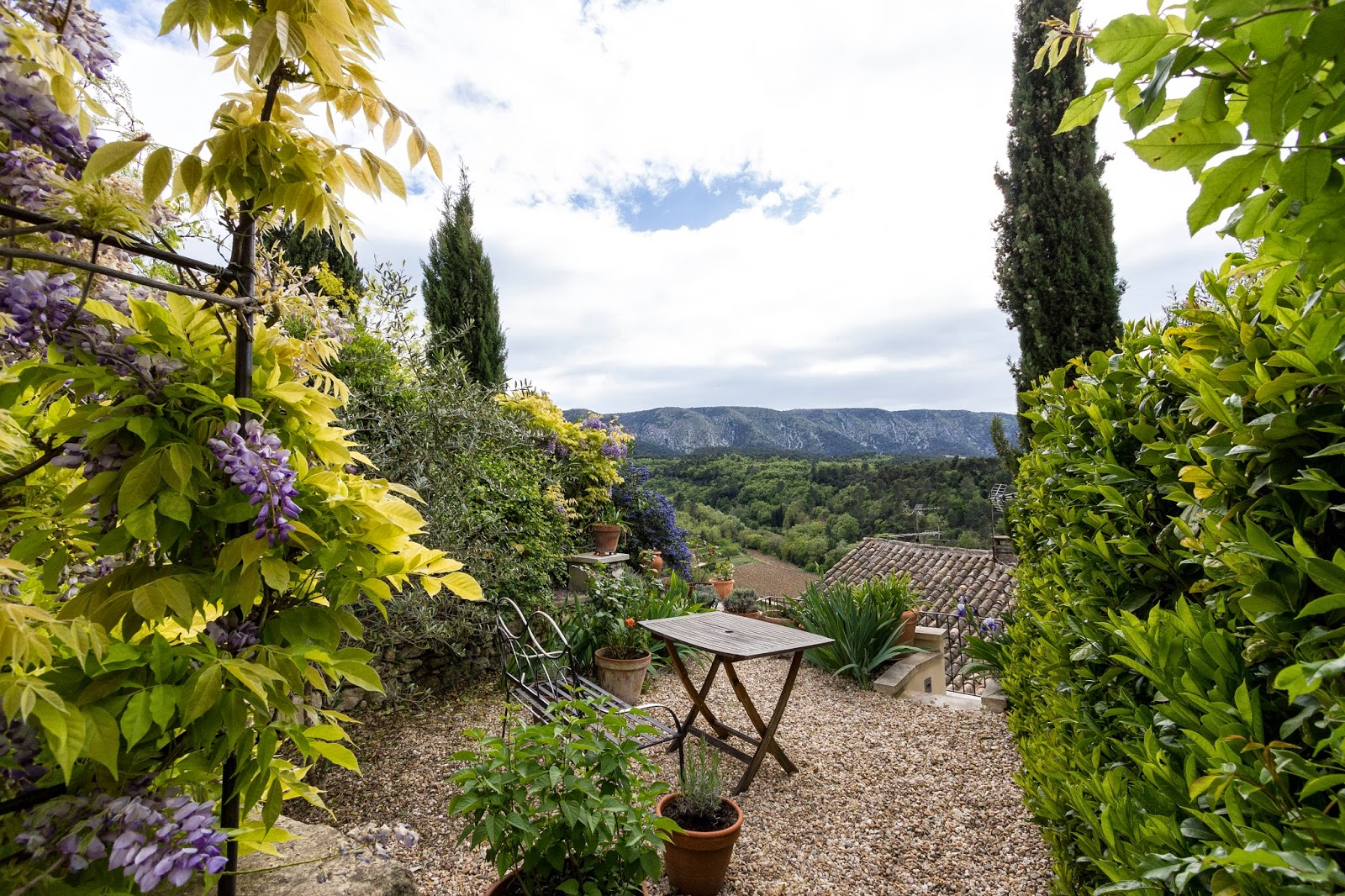 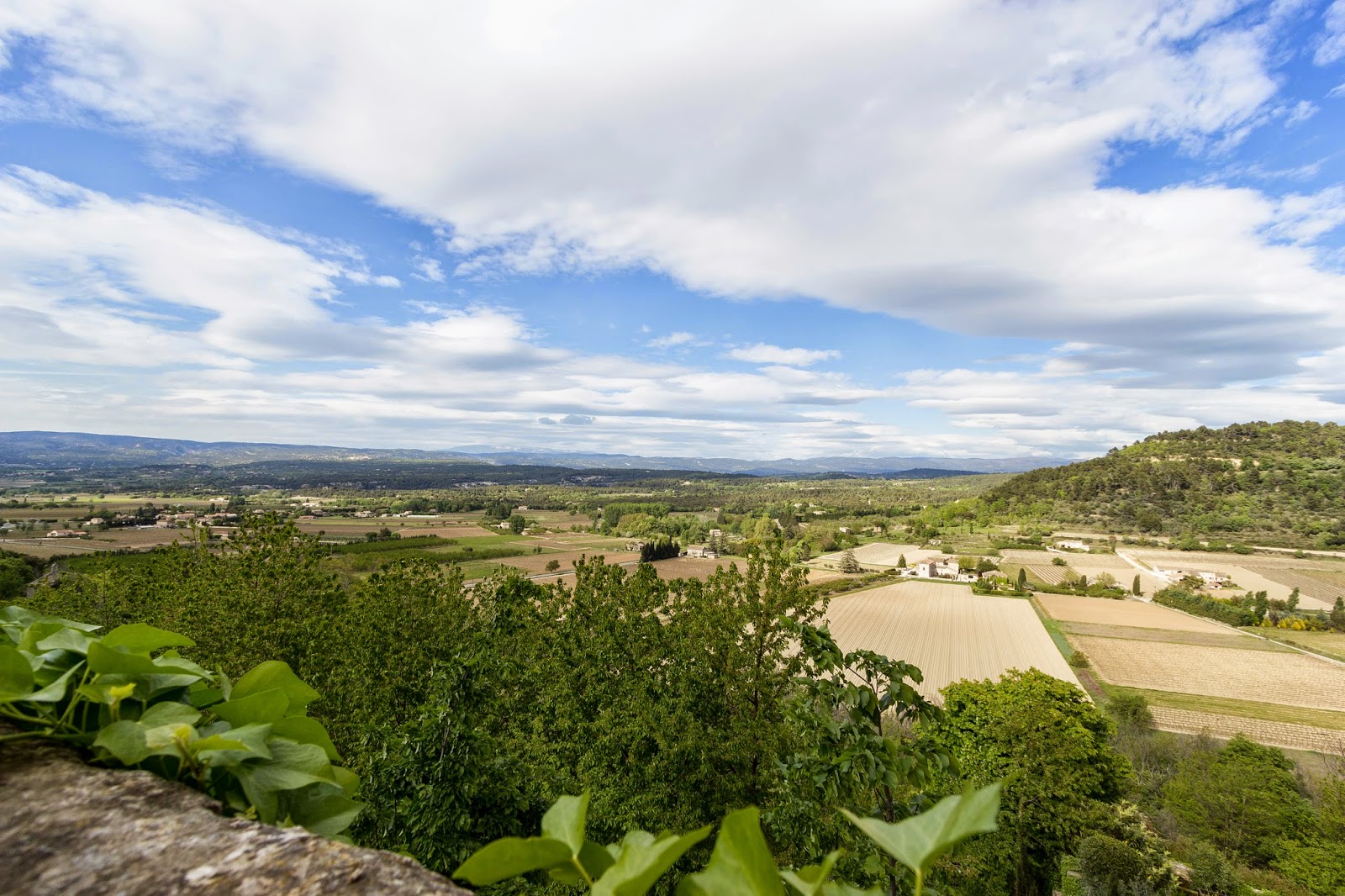 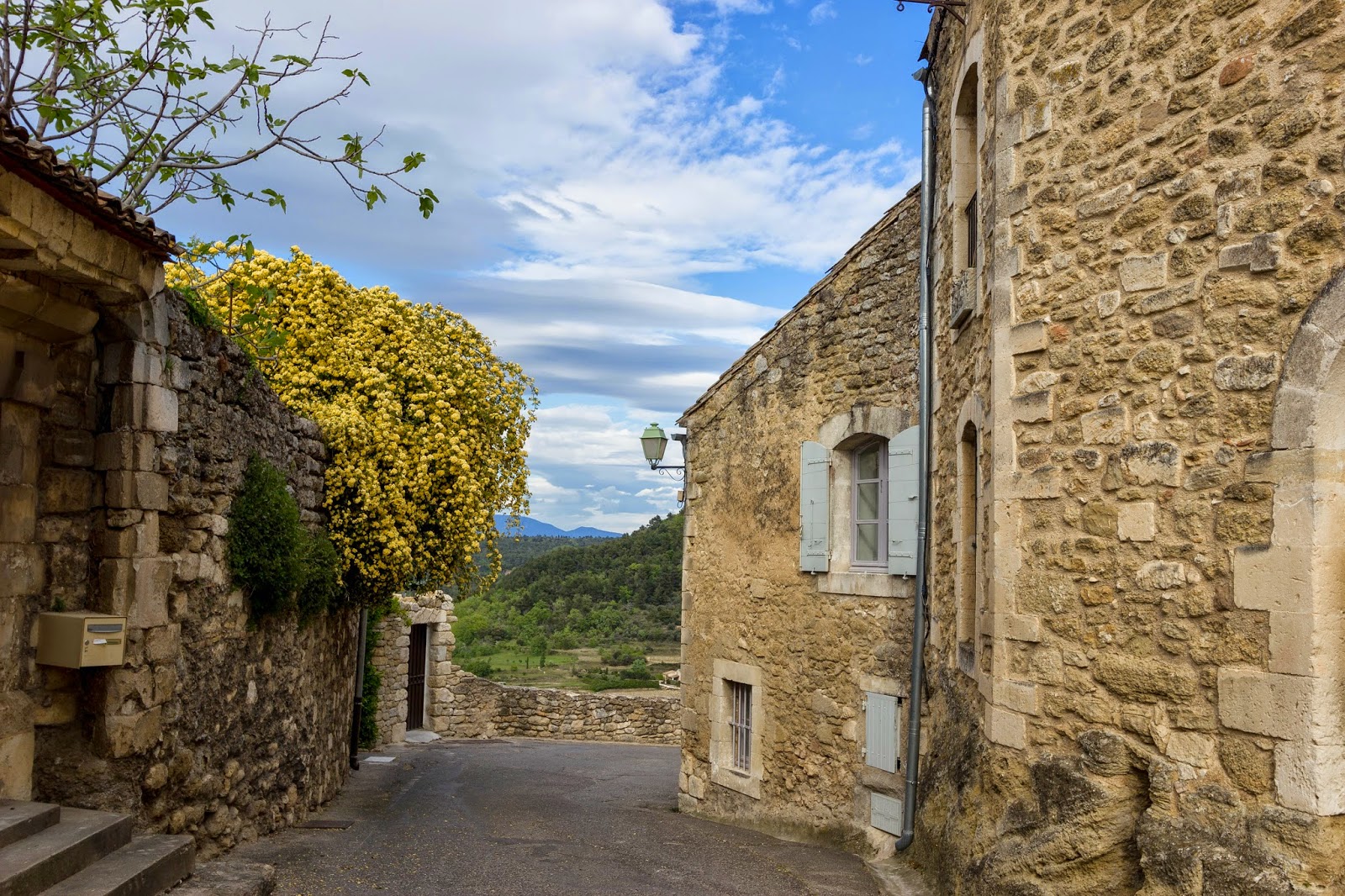 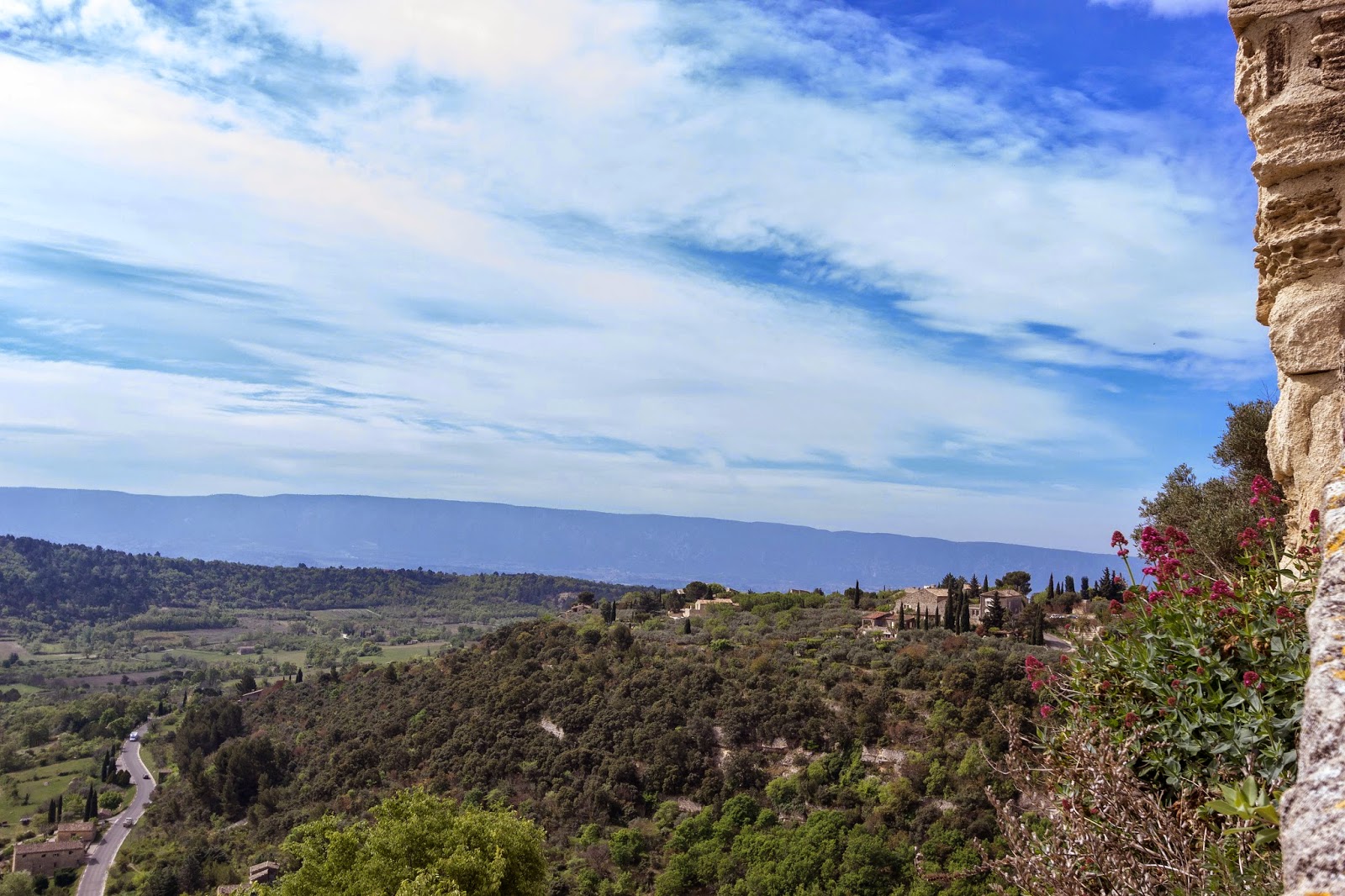 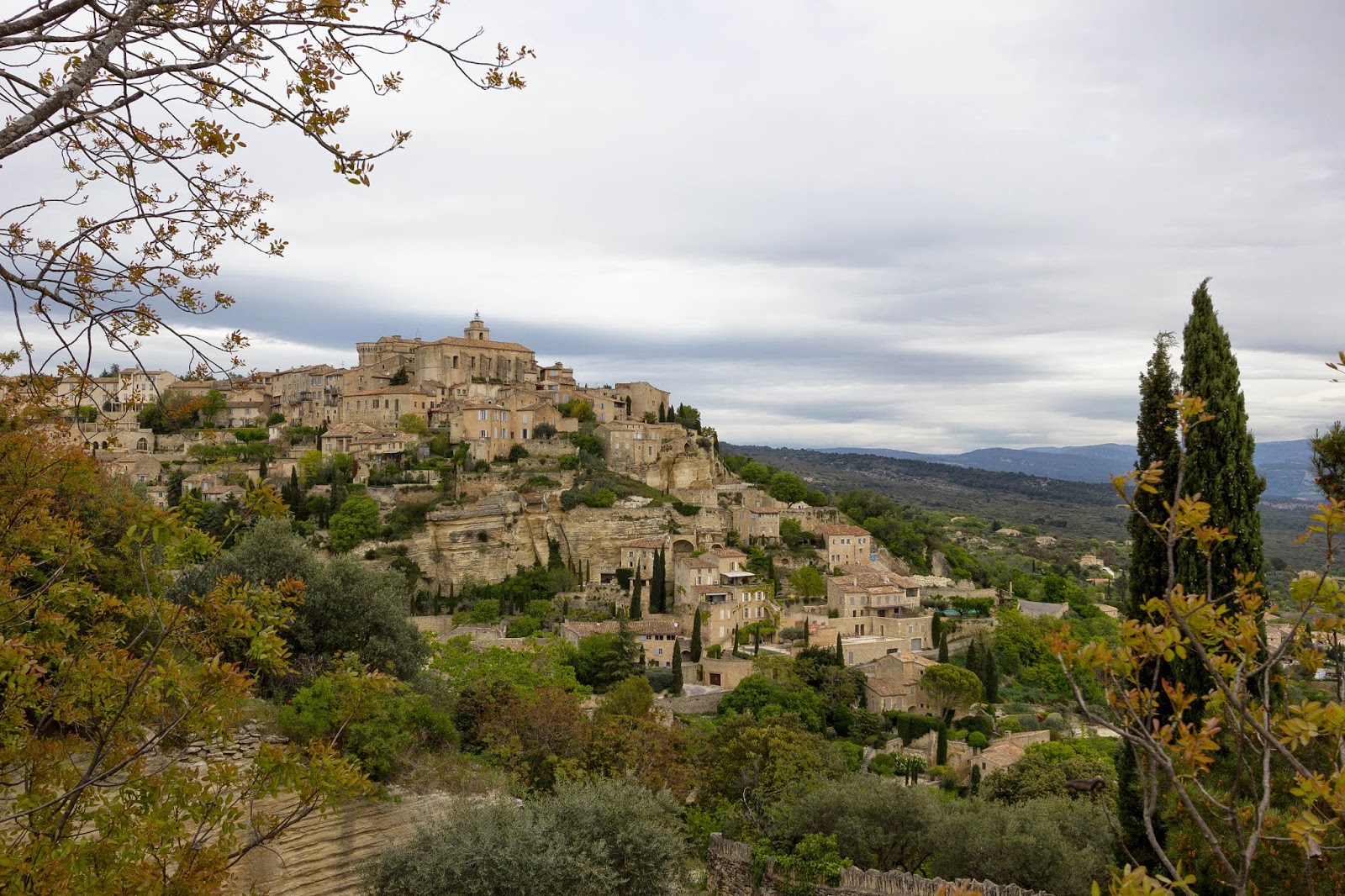 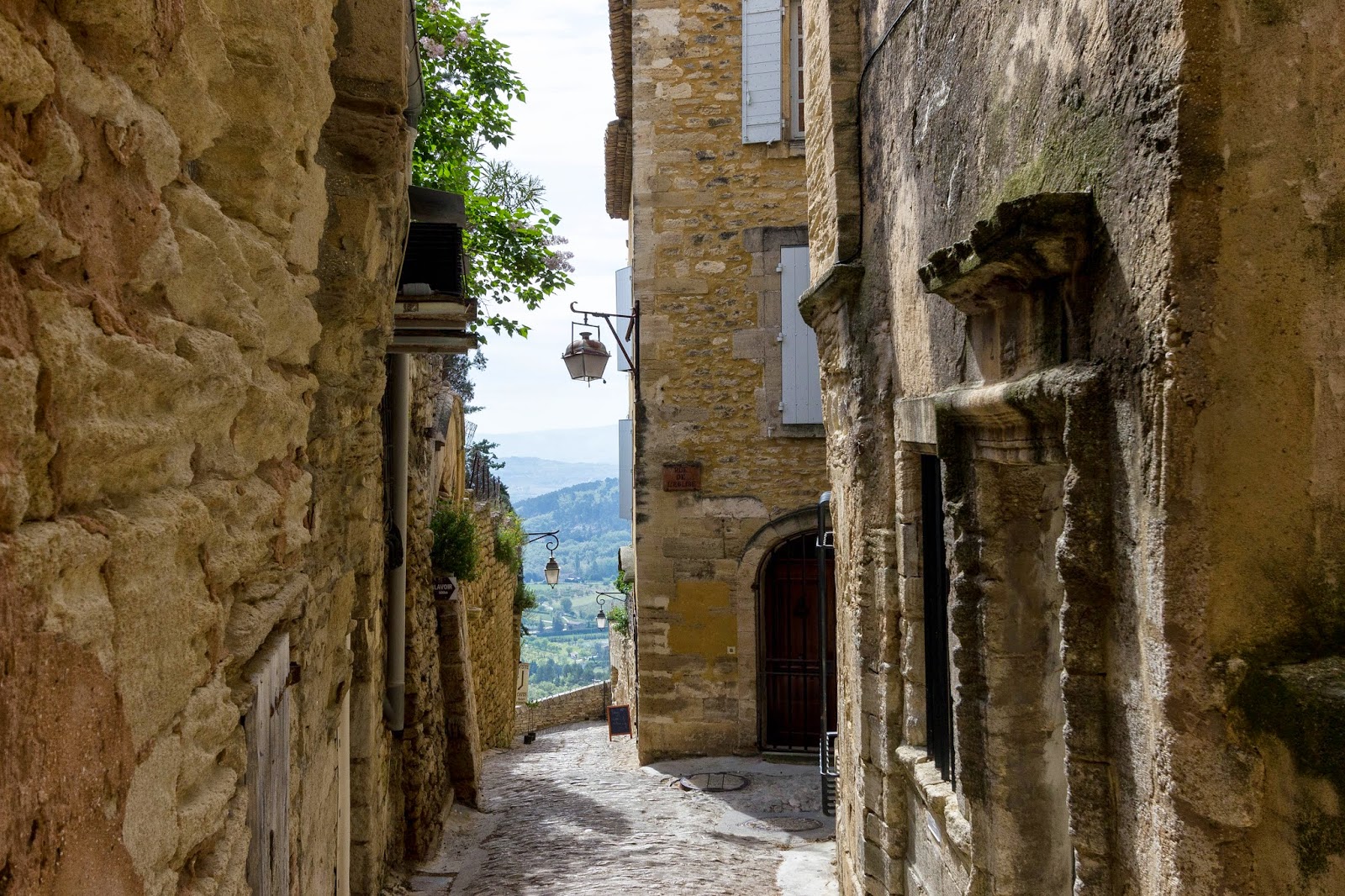 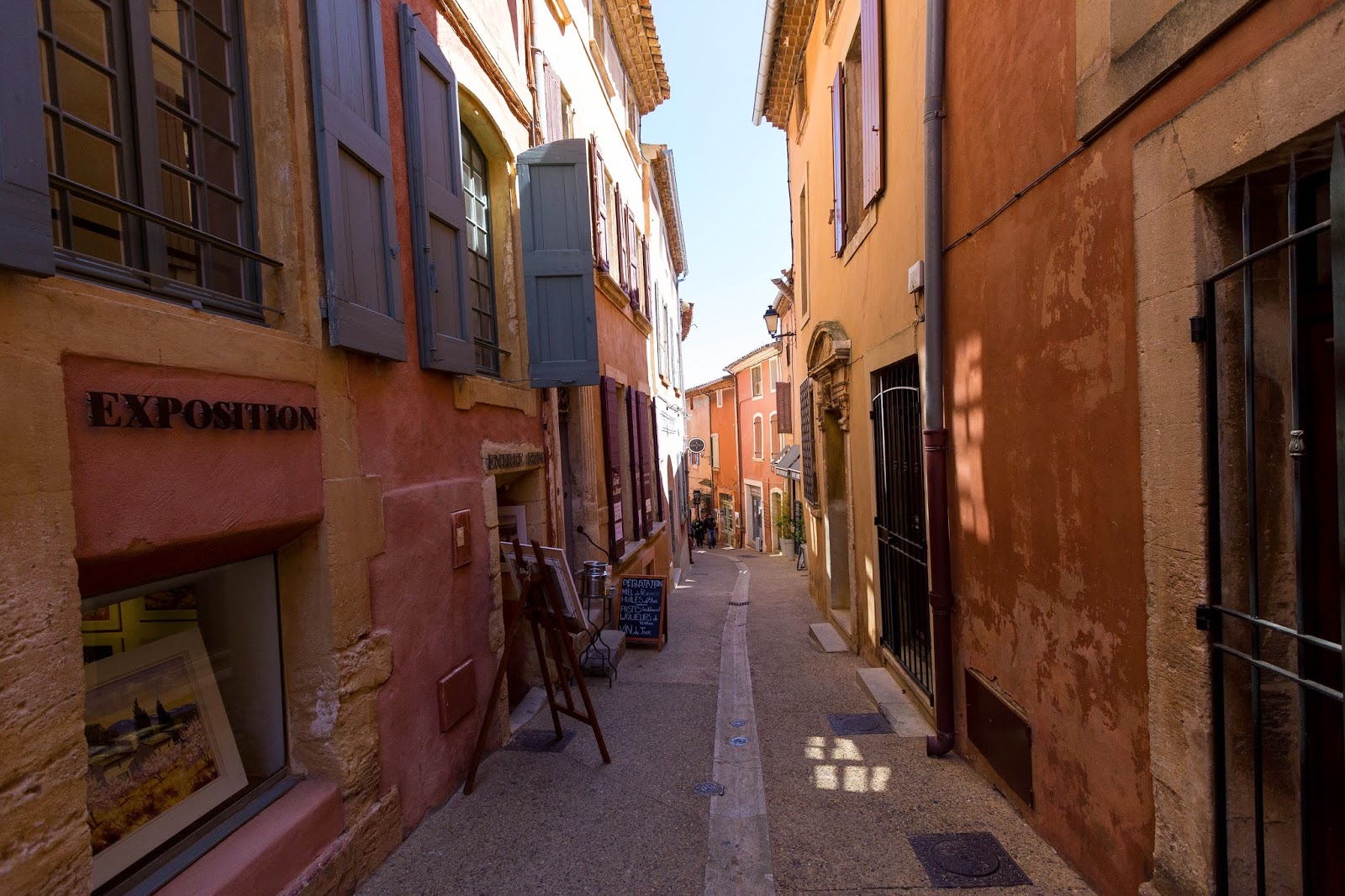 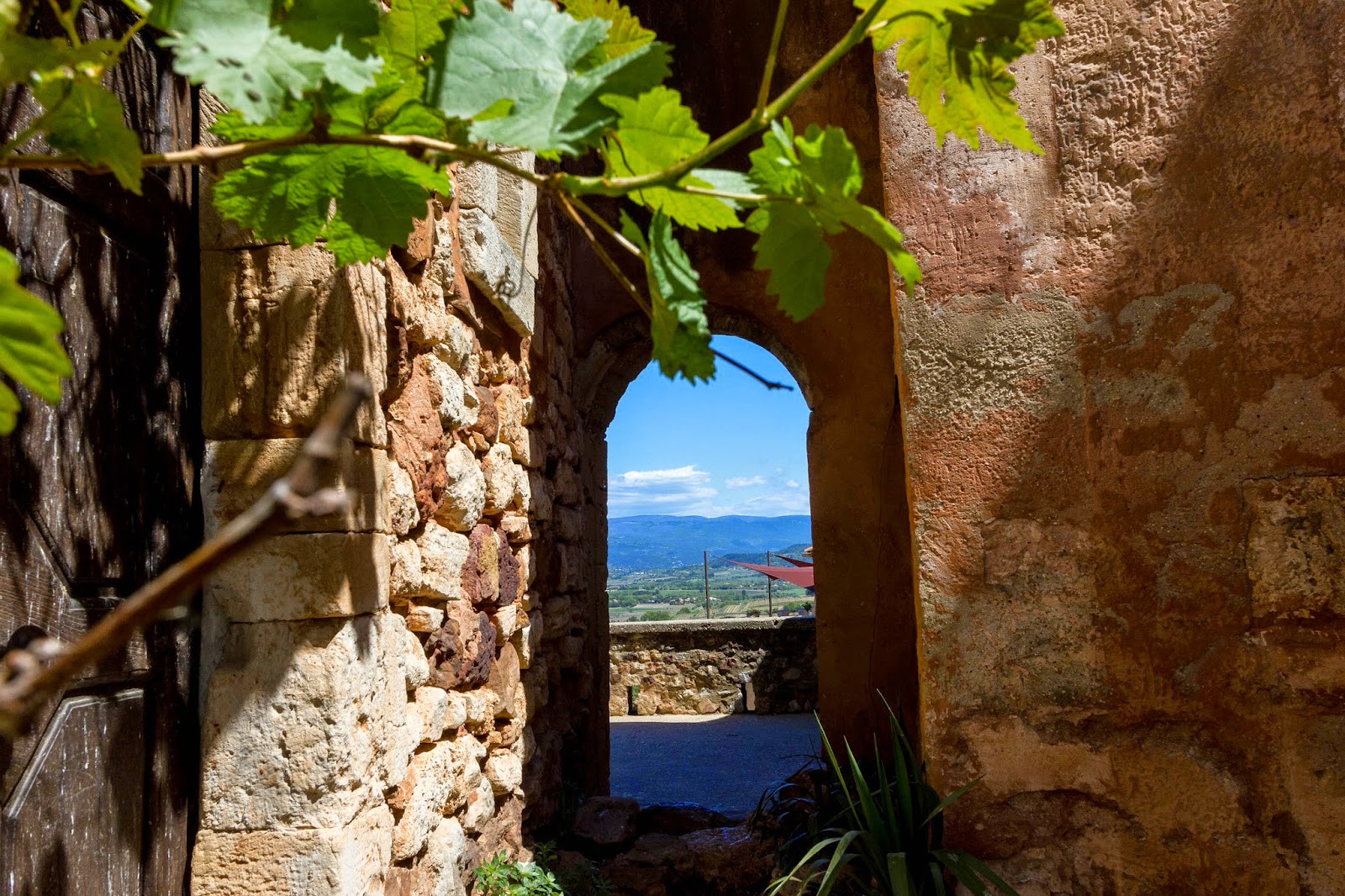 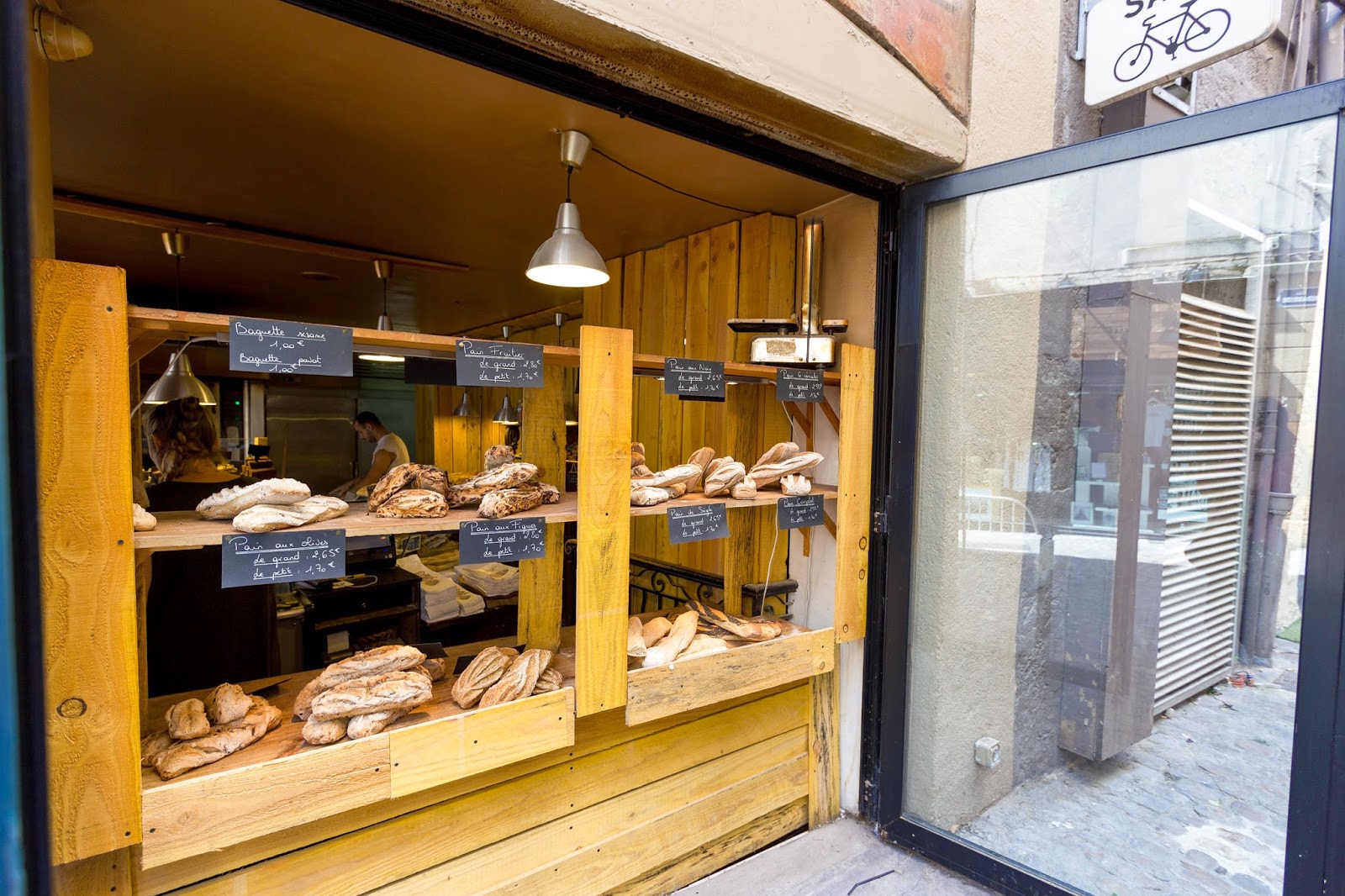